Farmers’ Mutual Insurance Company of Callaway County was established on October 22, 1895 under the name of Farmers’ Mutual Fire and Lightning Insurance Company. At that time, only policies on farm properties were available. In 1930 the company took up residence in the Old Southern Bank Building property at 413 Court Street in Fulton which it purchased in 1957 and occupied for nearly 80 years.

The mission of the company has always been to provide central Missouri citizens with competitive insurance products offered through a local company with local agents. Farmers’ Mutual is owned by their policy holders and run by a board of directors elected by the policyholders.

In 1960 the company purchased a new fire truck and delivered it to the City of Fulton for use by the Fulton firemen to answer rural fire alarms in Callaway County. The purchase price of the truck was about $8,000.00. This was the first rural fire fighting equipment in the County. The directors at the time of this purchase were Elgin Forsee, Riley A. Davis, W.E. Austin, Homer Owen, Ted Krebs, C.W. McClintic, J.C. Douglas, Floyd David and Harold K. Craighead.

Since that time, Farmers’ Mutual has continued to serve the State of Missouri especially Callaway County, adding many additional insurance options and products. The recent building of a new office located at 201 Saint Louis Ave in Fulton is one of the many changes which have come about. The new office was opened on Monday, September 14, 2009 and provides more space and ample parking for the policyholders. 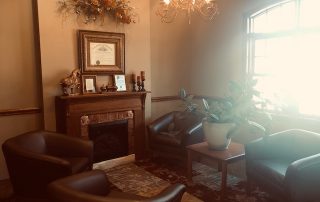 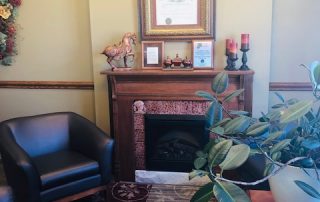 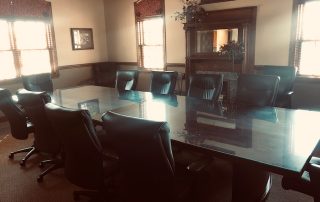 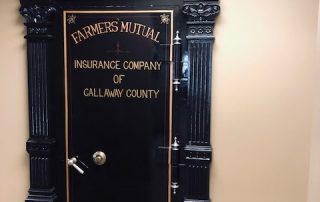